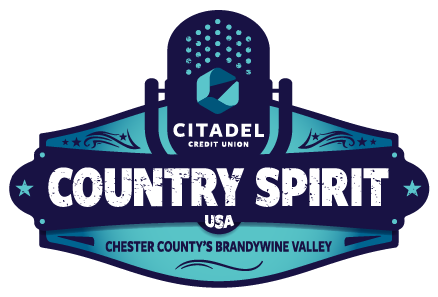 By now you’ve probably heard the news. Dierks Bentley and Chris Young are two of your three Citadel Country Spirit USA headliners. Three-day passes are on sale now for the spectacular festival experience, Aug. 28-30 at Ludwig’s Corner Horse Show Grounds. The venue is located in the countryside of Philadelphia just minutes from the Pennsylvania Turnpike at the Downingtown West Chester exit.

A multi-platinum singer/songwriter, Dierks Bentley is a dominant voice in the country music genre with more than 6.4 billion overall digital streams, 19 No. 1 hits, 14 Grammy nominations, a slew of ACM and CMA nominations, and millions of miles headlining tours.

Bentley wrote 10 of 13 tracks on The Mountain, which earned him the highest debut sales of his career and became his seventh chart-topping album garnering multiple award nominations, including “Album of the Year.”

Chris Young, also a multi-platinum entertainer, just celebrated a record year on the road playing to more than 400,000 fans in three countries in 2019.

Named “one of the era’s finest traditionalists” by the Associated Press, his accomplishments include 2 billion on-demand streams, 12 million singles sold, 11 career No. 1 singles, seven studio albums in 12 years and numerous award nominations. An international country music ambassador, he puts on a phenomenal, hit-packed show.

Your third headliner and remainder of the lineup will be announced at a later date.

Hosted by the Chester County Conference & Visitors Bureau (CVB), approximately 20,000 fans from across the country attended the festival in August 2019.

Citadel, one of the largest credit unions serving the Greater Philadelphia area, is the festival’s title sponsor for the third consecutive year. As a local financial institution focused on “People Helping People,” Citadel is dedicated to supporting the communities it serves through events such as Citadel Country Spirit USA.